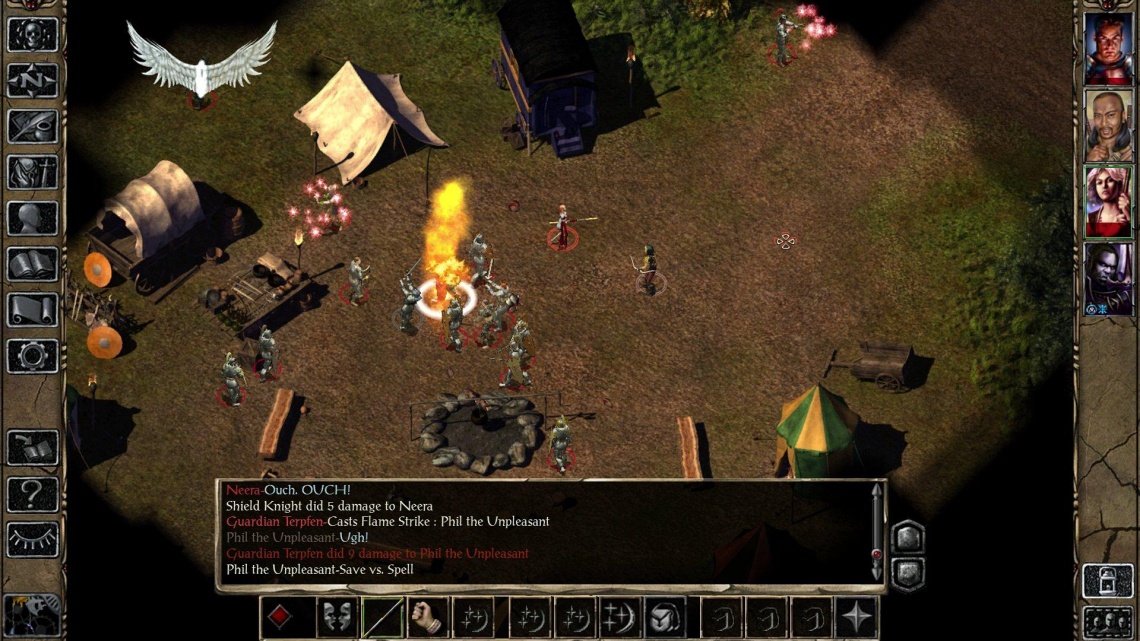 fantasy
rpg
strategy
Release: 2013
Become a God.
Kidnapped. Imprisoned. Tortured. The wizard Irenicus holds you captive in his stronghold, attempting to strip you of the powers that are your birthright.

Can you resist the evil within you, forge a legend of heroic proportions, and ultimately destroy the dark essence that haunts your dreams? Or will you embrace your monstrous nature, carve a swath of destruction across the realms, and ascend to godhood as the new Lord of Murder?


Dragons. Drow. Giants. Destroy them all.
Lead your party of skilled adventurers into intense, tactical battles. Lure your enemies into deadly traps, call down magical meteors to smash them, and stop time itself to win the day. A diverse array of powers and abilities let you transform into a being of pure elemental force, or wield the might of the heavens with the Holy Avenger.

Baldur's Gate II: Enhanced Edition combines both Baldur's Gate II: Shadows of Amn and Baldur's Gate II: Throne of Bhaal. Bundled with the game on PC and Mac, and available as DLC on iPad and Android, are four diverse new characters, each with their own epic quest. Venture to the distant sands of Zakhara with your new companions, or lead them in a raid upon the home of the gods.

The Bhaalspawn Saga, Enhanced.
The Final Chapter - Baldur's Gate II: Enhanced Edition includes Baldur's Gate II: Shadows of Amn and Baldur's Gate II: Throne of Bhaal, the epic conclusion of the Bhaalspawn saga.
Four New Party Members - Bundled with the PC and Mac versions and available as DLC for iPad and Android, four new characters can join you on your journey. At the behest of his dark patron, Dorn Il-Khan plunders and defiles the Sword Coast. Hunted by Red Wizards, Neera the Wild Mage evades and disrupts the Thayans at every turn. Exercising his growing combat mastery, the monk Rasaad yn Bashir leaves his former allies to hunt the dark figure that corrupted his brother. A mysterious thief in service to mysterious master seeks powerful artifacts from across the globe. Recruit them, use their powers, and uncover over 30 new locations.
The Black Pits 2: Gladiators of Thay - Explore the tactical depth of high-level Dungeons & Dragons combat. Undermine your captors and prey upon their weaknesses while you dodge traps and battle for your life against Demi-Liches, Mind Flayers, and Githyanki.
Easy Multiplayer - Baldur's Gate II: Enhanced Edition makes it easy to find, list, and join multiplayer games, even while behind a firewall.
Widescreen and More - Baldur's Gate II: Enhanced Edition features full widescreen support, remastered area artwork from original renders, and a host of other interface and gameplay improvements.
Read Full Description
Get This Game 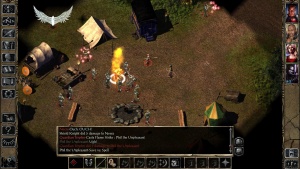 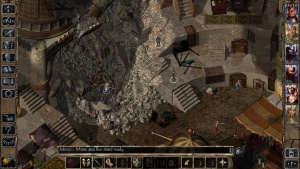 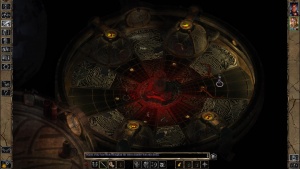 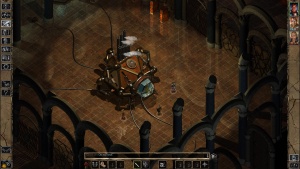 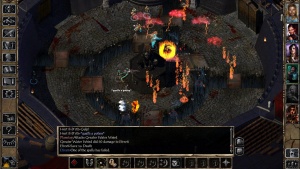