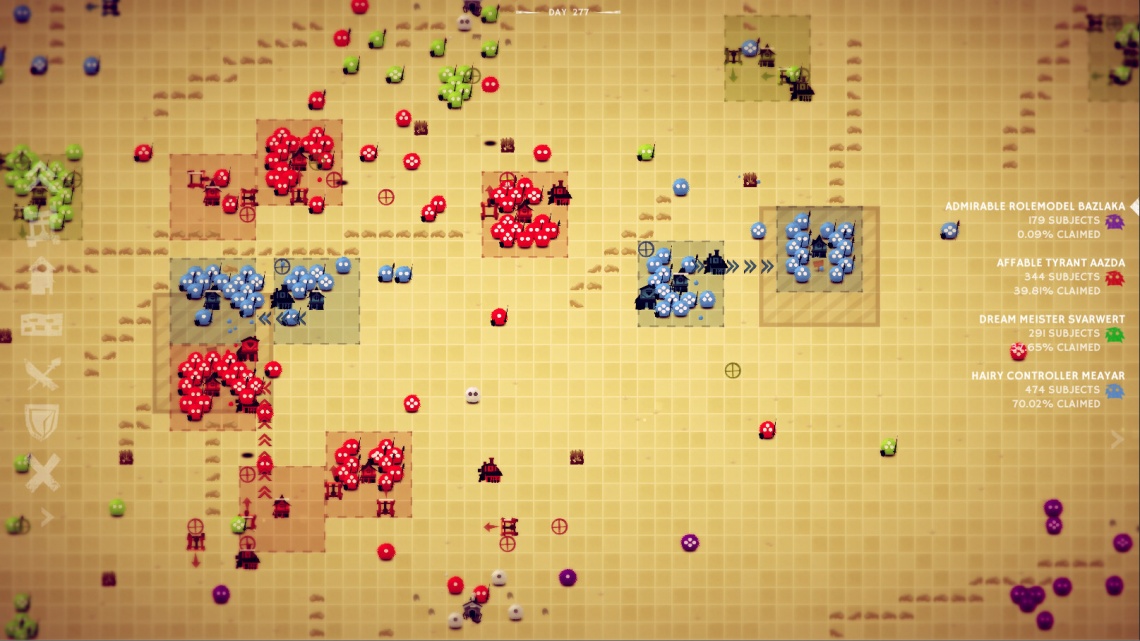 indie
multiplayer
rts
simulation
single player
strategy
Release: 2016
Inspired by Conway’s Game of Life, Automata Empire challenges you to herd hundreds of mindless automata to smash your rivals’ castles and steal their territory. While your loyal subjects lack individual intelligence, you can sacrifice them to build chains of taverns and roads to impose order on chaos. Ready to invade? Build some high-velocity catapults to launch your minions directly into battle. Balance expansion and consolidation carefully to grow your empire into enemy territory and gain dominance over the toroid. Or cleverly engineer feedback loops to surprise your opponents with overwhelming force.

Features
-singleplayer and online multiplayer for two to four players
-autoplay mode to watch the AIs battle
-five game modes to establish your empire
-Siegecraft – lay siege to foreign strongholds while surrounding your own castle with a maze of defenses
-Migration – battle for the last habitable land as you flee from an unstoppable horde of undead
-Capture the Flag – sneak troops into the enemy base to steal their flag… but herding it back to your base is harder than it looks
-King of the Plateau – secure your sovereign right to territory by flooding it with as many of your subjects as possible
-WAAAAAR! – wage plain old deathmatch warfare
-Steam achievements and trading cards
-over 40,000 randomly generated titles for your monstrous ruler from Magnanimous Monarch to -Most Excellent Emperor to Sinister Senator to Invincible Imperatrix; unlock more by completing challenges of benevolence, cunning, and malice
-short, satisfying matches designed to be won or lost in under 12 minutes, or turn on Lightning -Mode and play the game at 2x speed
Read Full Description
Save & Play Game Later
Images & Video 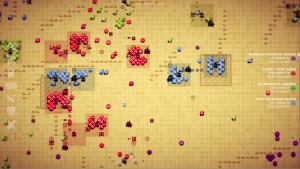 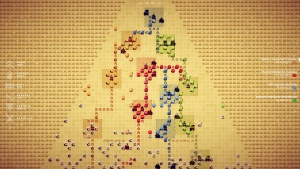