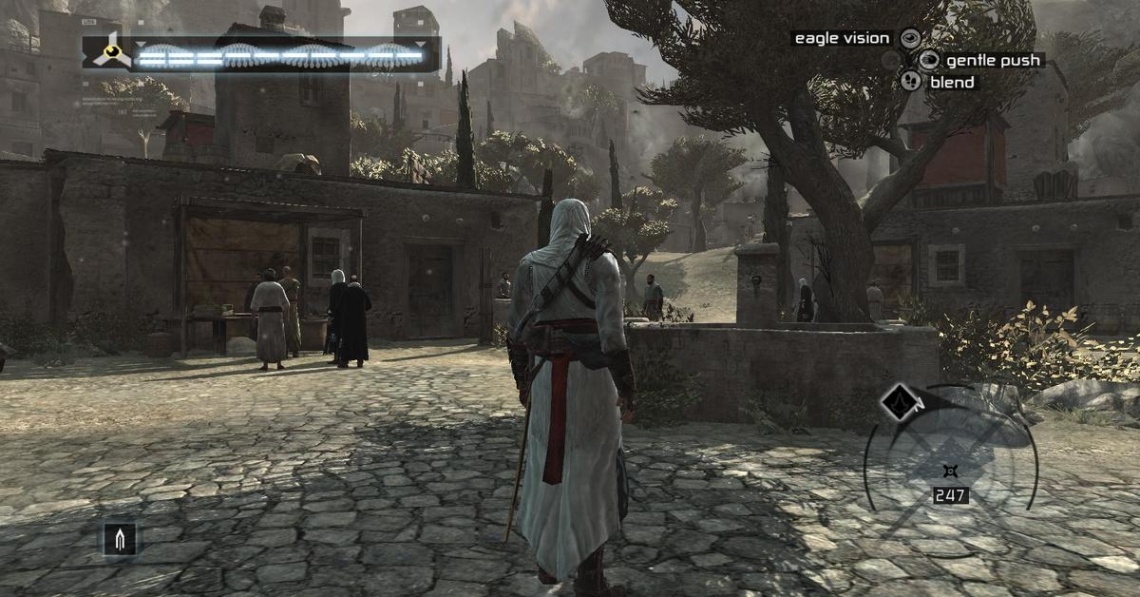 action
adventure
multiplayer
open world
sci-fi
single player
third person
parkour
sandbox
Release: 2010
Rich in art, culture, greed and corruption, Renaissance-era Italy serves as the backdrop for Assassin’s Creed 2, the follow-up to the best-selling debut title in the Assassin’s Creed series. Gain a deeper understanding of the secretive Assassin Order as you follow a new hero, the charming and free-spirited Ezio Auditore de Firenze. When de Firenze’s family is betrayed, the young nobleman steals away to the canals of Venice, where he learns the ways and weapons of the assassins. Experience an epic storyline of loyalty and revenge as your hero challenges Italy’s most powerful families and completes his transformation to master assassin.

Download Assassin’s Creed 2 Deluxe Edition for PC to enjoy three special bonus maps that feature some of Italy’s most prestigious and beautiful monuments from the Renaissance era. Explore the Palazzo Medici, the expansive Florentine palace that housed the famous Medici family. Search for secret treasures amid the soaring architecture of the Santa Maria Dei Frari, a grand basilica located in Venice. Check out Venice’s historical Arsenal Shipyard and its famed main gate, the Porta Magna, to continue your hunt for hidden bounties. Guide Ezio through each playable map as you complete their respective missions and discover valuable treasures.

AC2 Deluxe Edition features an open-world environment and a non-linear gameplay structure, allowing you to roam freely and complete missions when and how you want. Free-running returns to Assassin’s Creed 2, and you also have the opportunities to swim and fly as you complete missions in the game. Explore a massive open, living world full of characters - including courtesans, thieves and mercenaries - who provide invaluable opportunities to blend in with the crowd or to advance your mission for revenge, but be aware that the consequences of some interactions may throw a kink in your plans. Enjoy a multilayered experience that gives you the freedom to choose your own path through the game.

Experience the rich history, culture and architecture of Renaissance-era Italy when you download AC2 Deluxe Edition for PC. Fifteenth-century Italy consists of a loose federation of city-states headed by powerful families with economic clout. As you move throughout the story, explore some of Italy’s most famous cities and regions, including Forli, Venice, Florence and Tuscany, where the Palazzo Auditore - Ezio’s family home - is located. The historical Renaissance setting not only provides glimpses of beautiful buildings and famous works of art, but it includes important characters based on historical figures, including Leonardo Da Vinci, Pope Alexander VI and Niccolo Machiavelli.

MASTER THE WAYS OF THE ASSASSINS

Gain a deeper understanding of the mythology of the Order of the Assassins established in the first Assassin’s Creed title as you hone your own skills as a master assassin in Assassin’s Creed 2. Pick up and wield a number of knives, daggers, maces, mauls, war hammers and other dangerous weapons in addition to the iconic Hidden Blades traditionally used by members of the Order for stealth assassinations. Master the art of disarming your enemies and turning their weapons against them, and use your new skills to assassinate foes on your quest for vengeance against those who betrayed Ezio’s family.

KEY FEATURES:
INCLUDES 3 BONUS MAPS: Explore some of the Renaissance's most prestigious monuments to reveal secret treasures in three special in-game maps: Palazzo Medici, Santa Maria Dei Frari, and the Arsenal Shipyard.
EZIO, A NEW ASSASSIN FOR A NEW ERA: Ezio Auditore da Firenze is a young Italian noble who will learn the ways of the assassins after his family was betrayed and he looks to seek vengeance. He is a lady’s man, a free soul with panache yet has a very human side to his personality. Through him, you become a master assassin.
RENAISSANCE ITALY: Italy in the 15th century was less a country and more a collection of city-states where families with political and economic strength began to take leadership roles in cities like Florence and Venice. This journey through some of the most beautiful cities in the world takes place in a time in history where culture and art were born alongside some of the most chilling stories of corruption, greed and murder.
A NEW-FOUND FREEDOM: You will be able to perform missions when you want and how you want in this open-ended world that brings back free-running and adds elements such as swimming and even flying to the adventure. The variety in gameplay adds another layer for you to truly play through the game any way you choose.
DYNAMIC CROWD: Discover a living, breathing world where every character is an opportunity for the player. Blending in with the crowd is easier, working with in-game characters provide ample rewards but can also lead to surprising consequences.
BECOME A MASTER ASSASSIN: Perfect your skills to become a master assassin where you brandish new weapons, learn to disarm enemies then use their weapons against them, and assassinate enemies using both hidden blades.
Read Full Description
Get This Game 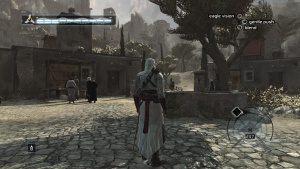 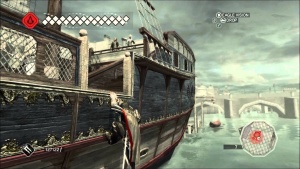