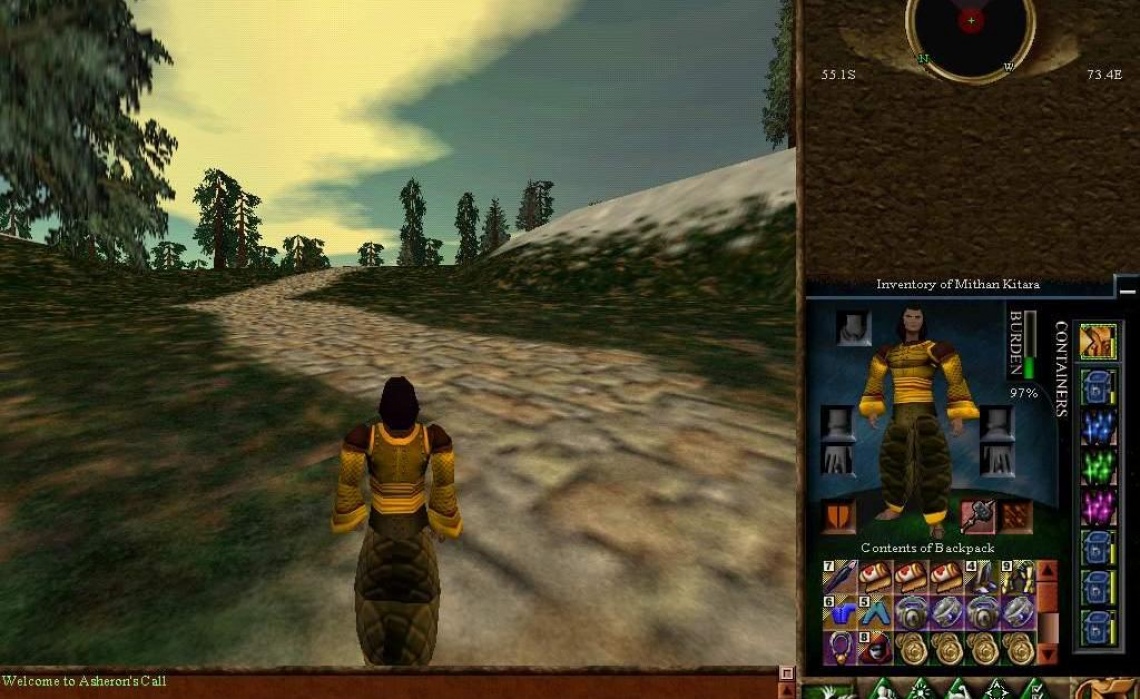 multiplayer
rpg
Release: 1999
Set in a heroic fantasy world Asheron's Call allows players to create a character, or avatar, from one of six in-game races. The player allocates a limited number of attribute points (such as 'Strength', 'Coordination', and 'Quickness') and selects skills (such as 'Unarmed Combat', 'War Magic' and 'Melee Defense') for their character, with those base skills starting at a level determined by the character's attributes. Unlike many other games of the genre characters are not locked into a specific class, and can even reallocate previously selected skills to acquire other skills later in the game. Gameplay involves earning experience points ('XP') through a variety of activities, including engaging and defeating monsters in combat, fulfilling quests, and interacting with NPCs. Those earned experience points can then be invested to improve the character's abilities by 'spending' them on attributes or skills. Additional skill points are awarded after the character reaches certain levels, and these skill points can then be used to acquire or 'train' new skills. In addition to earning experience, questing and combat often yield recoverable 'loot', such as armor, weapons, health potions, and spell scrolls. Many types of loot can be improved or imbued with special spells and effects via Asheron's Call's 'tinkering' crafting system.
With their monthly updates, including supplementary content, and occasional live 'world events', Asheron's Call offered "episodic narrative content, periodic new quests, and events that visibly affect the entire world." The game's currency is the Pyreal. The world itself is large at over 500 square miles (1,300 km2).[6] Unlike many other games in the genre, there are no zones or 'instances' on the world's surface. This means players can cross the world on foot, without loading screens or invisible barriers, and any terrain that can be seen in the distance is a real object in the world. The world is also dotted with a system of one-way portals which expedite travel. Some of the portals also lead to intricate dungeons. Many of the dungeons are part of quests and contain unique treasures. The original magic system had specific formulae for each spell that the caster had to discover through trial and error. Magic was challenging and rare. This system of spell components was later phased out and replaced with a simpler system wherein magic casters would carry a "foci" for each of the magic schools they were trained in (creature, item, life and war) and a series of taper candles and scarabs. Each spell is learned from a scroll, either purchased or found as treasure. The old system was left in the game as an alternative.
Players connect their avatars to 'lifestones', where the avatar will be resurrected if killed. Resurrected characters lose half their pyreals, one or more valuable items, and also temporarily losing a certain percentage of their constitution—their primary and secondary strengths and characteristics—in what is known as a "vitae penalty".[8] The player may then bring their resurrected avatar to the place where the death occurred and recover the item(s) from their own lingering 'corpse'. In player-killer ('PK') battles, the victor is allowed to take the dropped items from the vanquished. Regardless, the resulting 'vitae penalty' is removed by gaining a modest amount of additional experience, or 'XP'. Player Killers ('PKs') are players who have chosen to change their characters' status in order to enable them to attack, or be attacked by, other PKs in Player vs Player combat. On most servers, players by default are prevented from attacking each other and must voluntarily change their status to 'PK'.[citation needed] Asheron's Call features a unique allegiance and fealty system that creates formal links between players and rewards cooperative play. A player of equal or lower level can swear allegiance to a player of the same or higher level, becoming a vassal of a patron. The patron earns a small percentage of bonus experience based on what the vassal makes, while the vassal is motivated to seek a patron in exchange for money, items, game knowledge or protection. Players may also join together in fellowships, temporarily splitting the experience they gain amongst themselves.
Characters can create many useful items using the Alchemy skill, such as oils that imbue missiles with elemental qualities (fire, acid, etc.) and gems that increase resistance to different types of damage. Alchemists can create infusions that can be applied to food items to increase the amount of stamina recovered, or recover health or mana.[10] Alchemy also can be used to brew health, magic, and stamina potions. Players can craft ammunition and cook foods include cake, beer, nougat and rations. These can then be combined with oils to increase health, mana and stamina. 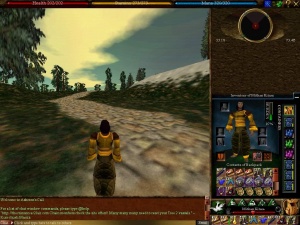 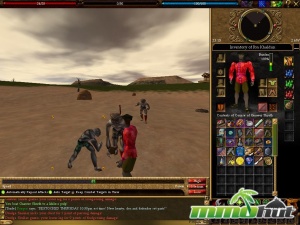