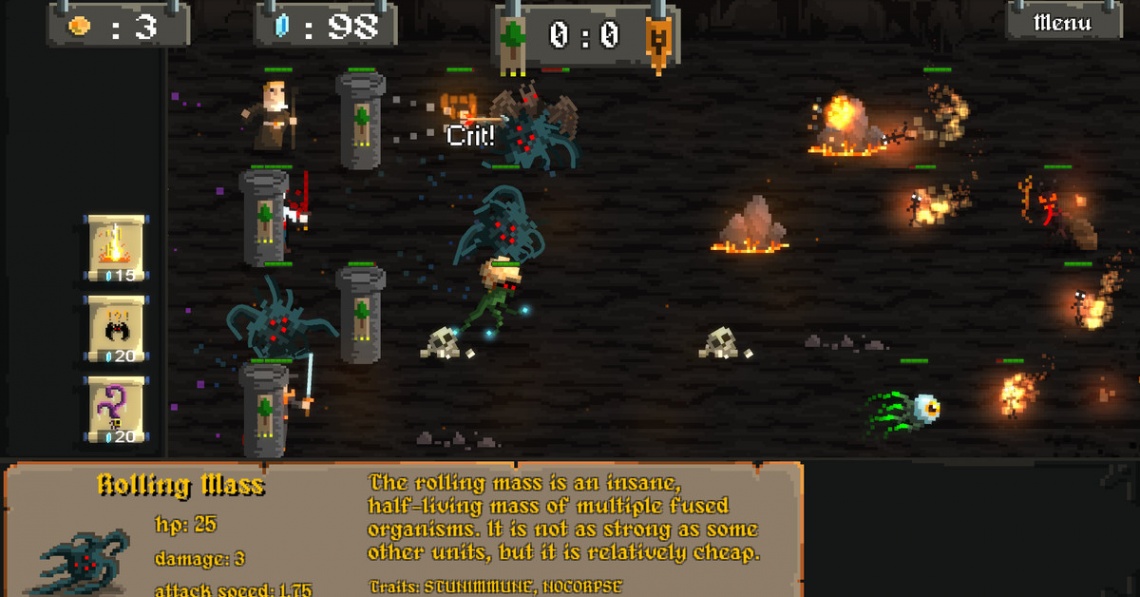 indie
single player
strategy
turn based
Release: 2015
A lane based pixel strategy. You have to strategically control your lanes and manage your resources to counter your enemy's units and tactics.
Assemble your ultimate army from 17 playable factions, from sturdy dwarves to volatile fire elementals, from pesky insect swarms to lumbering tree behemoths. Want an army with vampire lords, mutant zombies and rat swarms? Check.
Various units counter other units or have other special abilities. Inquisitors are best suited against creatures of the dark, undead are immune to poison, tree beasts do well against buildings and so on.
Army of Pixels is mainly inspired by various "tug of war" games. Please note that the game focuses mostly on game mechanics (units with special abilities, counter-units, faction and spell combos), and doesn't really have a story or a rich, developed world. Yet it offers a few hours of content (campaign map + factions to unlock), and then some if you try to reach some of the higher levels in Endless mode.
Read Full Description
Save & Play Game Later
Images & Video 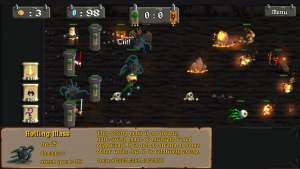 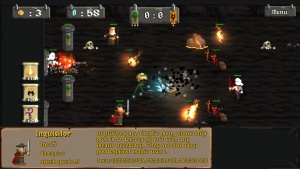