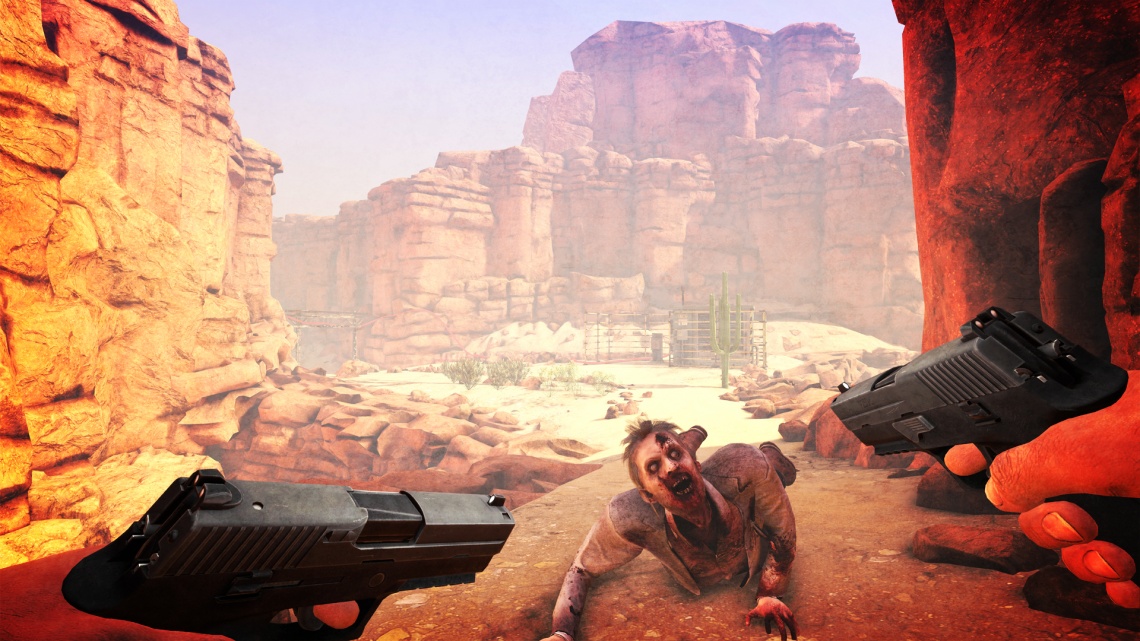 action
adventure
apocalyptic
fps
horror
indie
multiplayer
open world
shooter
single player
survival
vr
zombies
Release: 2016
Step into the midst of a zombie apocalypse as if you were really there, and shoot, snipe and blast your way through hordes of undead close enough to touch. Arizona Sunshine has you battle for survival across a blistering hot, post-apocalyptic Arizona
Now available on HTC Vive and Oculus Rift. Launching in the PlayStation Store for PlayStation VR on 27 June 2017 with PS VR aim controller support
When you hear a flash of a human voice on the radio, your hopes and beliefs are confirmed – there are still survivors out in the blistering heat of the post apocalyptic Grand Canyon state! Arizona Sunshine poses a two-fold battle for survival in a VR zombie apocalypse in which players need to navigate both the hordes of zombies coming for their brains and the scorching heat in their desperate search for human contact.
Arizona Sunshine is developed from the ground up for VR. Step in the midst of a zombie apocalypse as if you were really there, freely move around and explore a post-apocalyptic world, and handle motion-controlled weapons with real-life movements – putting the undead back to rest is more thrilling and satisfying than ever before.
icon_small Real-life weapon handling. Using VR motion controllers, handle, fire, and reload over 25 different weapons with real-life movements. Anticipate attacks, manage your ammo and aim down the sights to blast your enemies to undead pieces.
icon_small Freely explore your surroundings. Move around without restraints to explore a series of huge southwestern American environments, including blistering-hot deserts, treacherous canyons and deep, dark mines.
icon_small Join forces in co-op multiplayer. Combine forces with a friend in co-op campaign mode or multiplayer Horde mode for up to four players. But beware, more warm brains mean more, hungry undead.
icon_small Play it only in VR. Arizona Sunshine is a VR shooter exclusively built for VR from the ground up.
icon_small Enjoy a full-size single player campaign. The campaign mode is built in bite-sized VR chunks that flow together to form a full narrative. Whether you want to jump in for a short session or stay for the complete ride, we’ve got you covered.
icon_small Put yourself through serious survival. Scavenge the environment, loot your enemies and manage your ammo and consumables.
icon_small Experience unprecedented VR realism. Powered by the Intel® Core™ i7, Arizona Sunshine brings unprecedented realism to VR gaming with zombie carnage, destructible environments, and an overall cinematic and immersive experience.
icon_small Step into the midst of a zombie attack as if you were really there and take on undead creatures close enough to touch.
Read Full Description
Get This Game 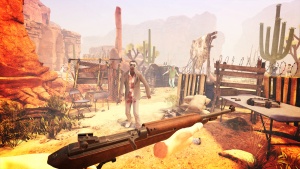 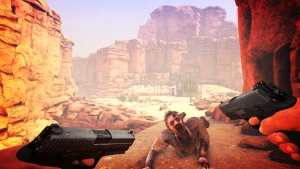