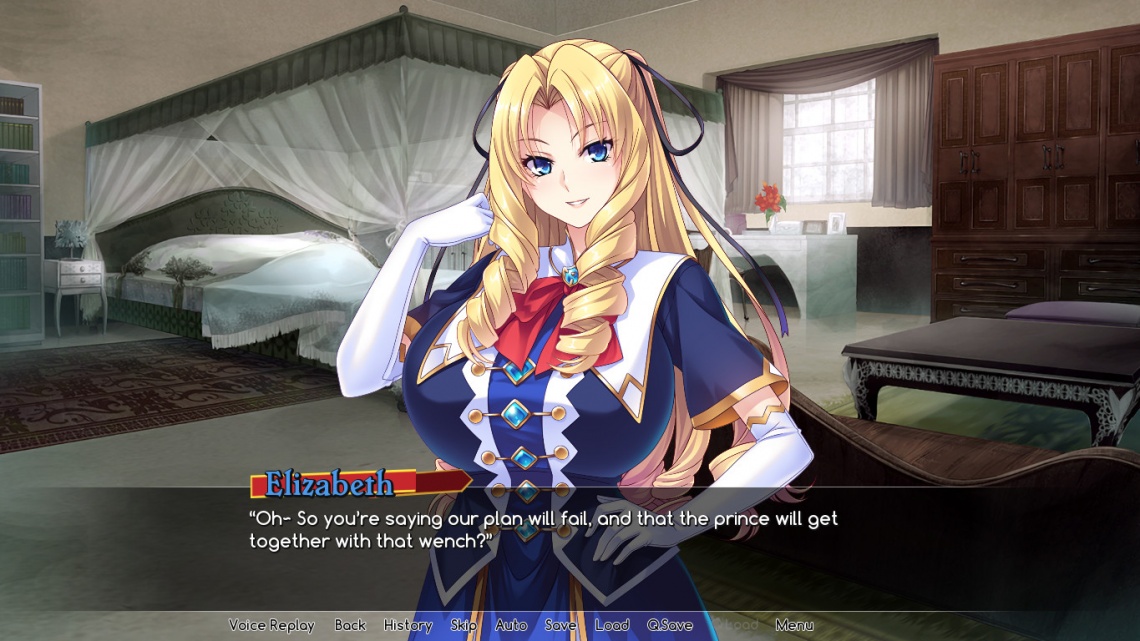 2d
anime
casual
fantasy
horror
mature
nudity
platform
single player
text
visual novel
Release: 2020
Waking up in an Otome Game? Meh, could be worse. Waking up as a servant of the bitchy villainess in an Otome Game? Wicked bummer! Thankfully you've cleared this game before and know the story inside and out, so its time to avoid a bad end by reforming these stuck up duchesses with something that transcends class and creed, your dick! As soon as you wake up in the game world you're greeted by Elizabeth, and her whip! Apparently you being asleep instead of working is a great offense to the spoiled brat, recognizing her as the villain of a game you played you kindly explain to her that her mother's sinister scheme to set her up with the prince is doomed to fail! Of course, you're rewarded with a lashing for *DARING* to address her by her first name so casually... so much for diplomacy.

Once you bend Elizabeth over so she can receive your "disciplining" she quickly changes her attitude and is much more submiss- cordial, much more cordial. With one problem out of the way you set your sights on her mother, Mirza, the true mastermind of the game. It's up to you and Elizabeth to hatch a plan to take down her Aristocunt mother and avoid the game's bad end!

Translated version of the original Japanese Visual Novel
Elizabeth and Mirza are fully voiced with their original Japanese dialogue.
Original artwork HD upscaled with 16:9 and 4:3 variants.
Hours of story content.
Audio including music and special effects.
Enhanced with character sprite animations.
Gallery and Scene selections.
15 hardcore scenes of training those two stuck up bitches into the ideal pets.

Aristocunts is the English localization of a Visual Novel originally created by prolific Japanese developer Norn/Miel. We at Cherry Kiss aim to provide an authentic Japanese Visual Novel experience to gamers outside of Japan.

** PLEASE NOTE **
All characters described and visually represented in this game are over 18 years of age, and no actual, nor identifiable minor was used in the production of this game.
Read Full Description
Get This Game 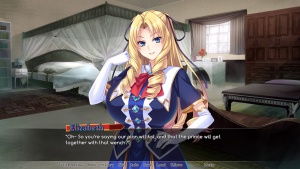 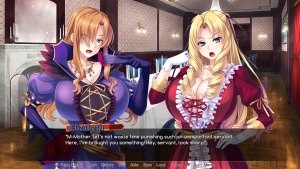