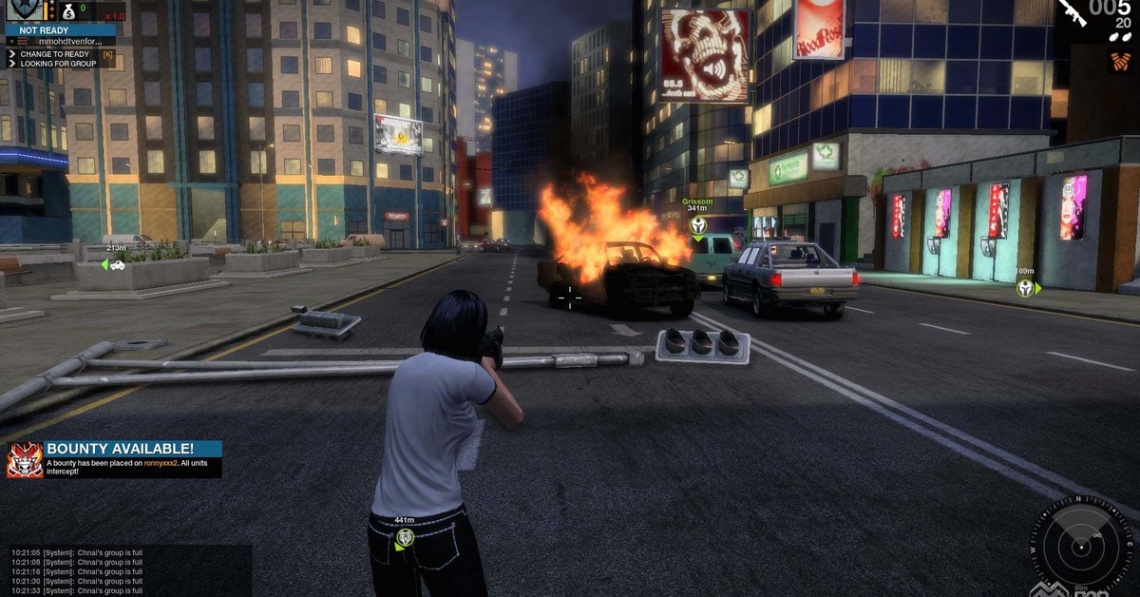 action
adventure
multiplayer
tps
Release: 2011
APB: All Points Bulletin takes place in the modern-day city of San Paro where there is a constant battle between Enforcers and Criminals, and the player will need to decide to which faction they want to belong.
Gameplay typically consists of the two sides fighting one another in missions, where one side must complete a series of objectives with the other side attempting to stop them doing so. For example, several Criminal players may rob a convenience store within the game; the game will then seek out one or more Enforcer players of equivalent skills and other criteria and will issue an all-points bulletin for them to stop the robbery and apprehend or eliminate the Criminals. Players earn money for participating in these missions, which can then be used to upgrade weapons, vehicles, and their character appearances, all of which influence the game.[10]
The game is played in the third person perspective. Upgrades, equipment, weapons, vehicles and clothing can be purchased from various contacts around the city (or can be alternatively bought through terminals in the social district), while ammunition is bought from vending machine-like terminals. Both the contacts and the "vending machines" are scattered throughout the main three districts of the city. Two of the districts feature their own fully persistent portions of San Paro, with their own pedestrian AI and a dynamic day/night cycle, along with certain contacts and missions. The third district acts mainly as a social component, being much smaller, having no pedestrians, restricting weapon and vehicle access, and featuring garages, auction houses, music studios, and several other non-player character (NPC) terminal shops. While in the third district, players, even if they're from opposing factions, cannot harm each other and may only interact through chat. In the other two districts, players are allowed to attack each other (so long as they are from opposing factions) during certain mission scenarios and/or if a player has a bounty on his head. When outside of these missions players can still draw and use weapons, but bullets, grenades, etc. will not work on other players, even those from an enemy faction. This prevents deathmatching and griefing.
There are also two other districts under the category of "fight club". These feature pure player versus player (PvP) environments for more experienced players and clans.
Depending on faction, players will have either a Prestige or Notoriety level, going from 0 to 5. This level goes up as the player successfully performs actions that help their faction's cause, such as killing players of the opposing faction, completing missions successfully, or by engaging in activities unique to their faction. Such unique faction actions include mugging pedestrians for Criminals, or arresting Criminals for Enforcers. The level decreases as the player hinders their faction; for instance, team-killing, dying, and destroying city objects as Enforcers. This game is rated teen.
The game houses an in-game music system similar to Grand Theft Auto. It features established acts, but also emerging artists including Honey Claws, Atlas&i, Avosetta, Negative pH, Paulie Rhyme and Pendulum.[11] The game allows players to import music into the music player. If other players also have the same song imported to their music player, they will hear the music on the player's car radio. If another player does not have the same song imported, Last.fm will select a similar song to play instead. You can also create your own music using the music editor options available in the social district.[12]

This article uses material from the Wikipedia article APB: All Points Bulletin, https://en.wikipedia.org/wiki/APB:_All_Points_Bulletin, which is released under the Creative Commons Attribution-Share-Alike License 3.0, https://creativecommons.org/licenses/by-sa/3.0/.
Read Full Description
Get This Game 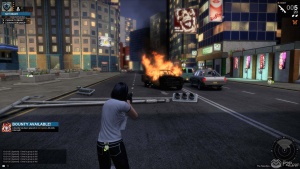 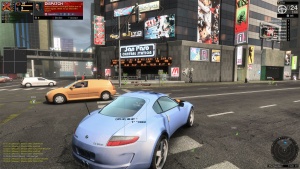