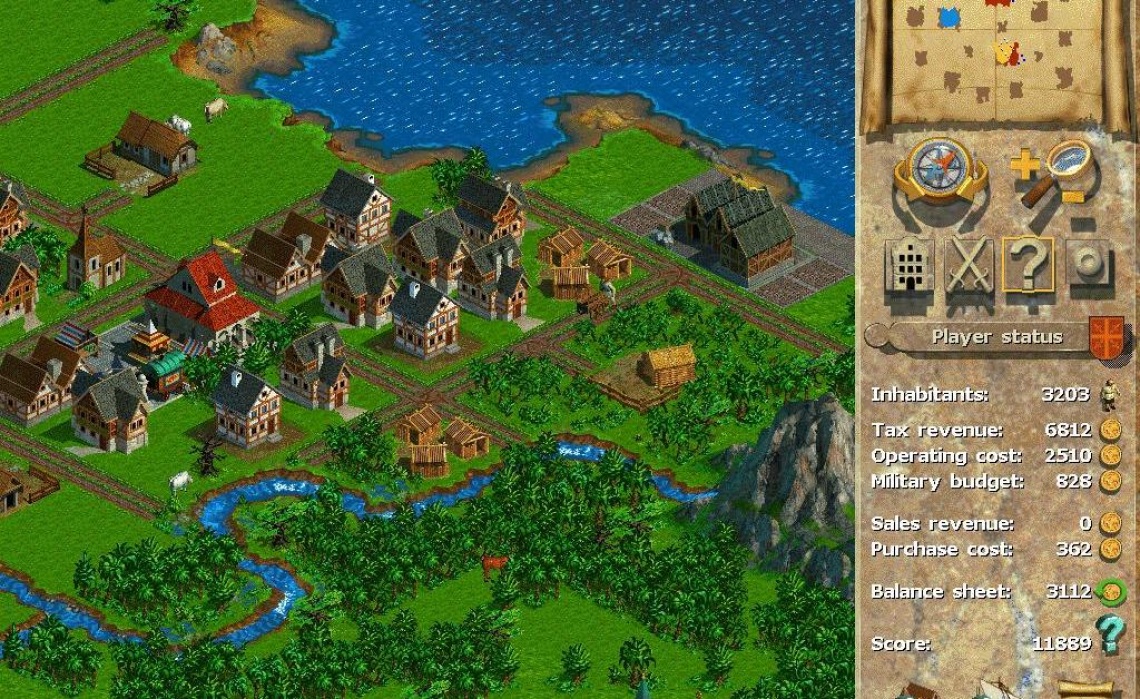 action
city building
multiplayer
rpg
rts
simulation
single player
strategy
Release: 1998
The game is set in the Early Modern period of history and play entails colony building and resource management on a series of small islands. It includes aspects of exploration, combat, diplomacy and trade. Anno 1602 is an economic, rather than combat, orientated strategy game. Players are rarely challenged in battle. The game design is noteworthy for its attempt to implement a 'progressive' artificial intelligence, meaning that the pace of the game changes in response to how quickly players act.
1602 AD is, at its core, a colony building and trading simulation. You start as an unnamed European nation in 1602 AD that is looking to expand their power into the New World. As the game starts, you'll need to quickly find a nearby island, colonize it, and start building up your economy. The US release of this game contains all 6 scenarios (in addition to the tutorial and training game) that were included in the original European release, as well as 9 new scenarios, along with a “free play role”.
Anno 1602 also features online and network play with up to 4 other players simultaneously. Because the network play is less sophisticated than that of modern games, lag and disconnections often occur. Despite this, Anno 1602 is still occasionally played by small groups of lan PC gamers, or by players over the internet. The game is also playable via null modem connection.
Read Full Description
Save & Play Game Later
Images & Video 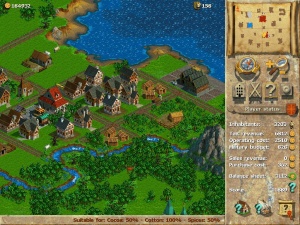 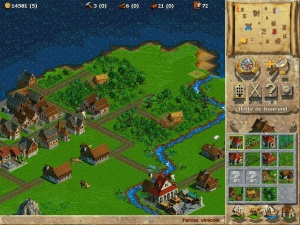