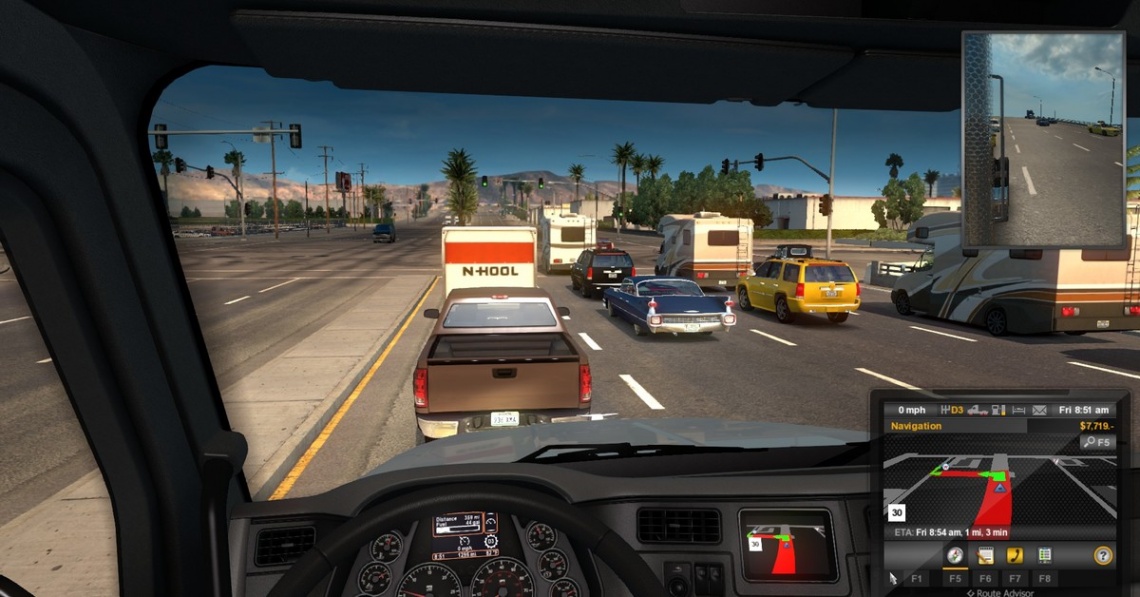 adventure
casual
driving
family-friendly
indie
management
multiplayer
open world
simulation
single player
third person
exploration
Release: 2016
American Truck Simulator is a truck driving simulator with business management elements. In the game, players drive trucks and deliver trailer-moved goods to a designated location in order to be compensated with money and experience points. The payload must be delivered to the location speedily within a given amount of time, and with the least amount of damage to the goods as possible, in order to net the most money and experience points possible.
In-game money, after being earned, can be used to purchase more trucks and associated aesthetic, mechanical, and structural upgrades, purchase fuel and repairs for those trucks, take out and repay loans from a bank, as well as hire drivers and purchase garages to house and base them in. The amount of money and experience points earned depends on the length of the delivery in miles traveled and the type of goods being transported. When delivering goods, players can use their own personally-purchased truck or use one provided by an in-game company. When delivering goods using a fleet-provided truck, repairs and other costs are paid for by the company rather than out of the player's in-game fund pool. Experience points can be used to obtain perks, which improve the player's driving ability and what kinds of payloads they can deliver, such as chemicals and explosives, which net a bigger reward when completed successfully.
In addition to driving and delivering goods, the player can also manage a trucking business with hired drivers and owned properties. Hired drivers will perform deliveries on their own, netting the player money. The longer the drivers are hired, the more skillful they will become, thus increasing the amount of money they earn from each delivery. The player can train each driver to focus on a specific area of their driving that can be improved upon. Unlike in Euro Truck Simulator 2, the game features weigh stations, where players must stop at a designated weight station in order to determine the weight of the cargo before proceeding through (though the game will sometimes allow them to bypass the station but avoiding it deliberately will result in receiving a fine).
The game started off at launch with the U.S. states of California and Nevada, and expanded from there, with Arizona being added in May 2016 as part of a free open beta. In February 2017, the U.S. state of New Mexico was also announced to be added. More U.S. states and parts of Mexico and Canada are expected to be added by the developer in the future.


This article uses material from the Wikipedia article American Truck Simulator, https://en.wikipedia.org/wiki/American_Truck_Simulator, which is released under the Creative Commons Attribution-Share-Alike License 3.0, https://creativecommons.org/licenses/by-sa/3.0/.
Read Full Description
Get This Game 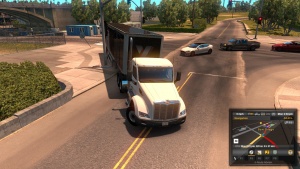 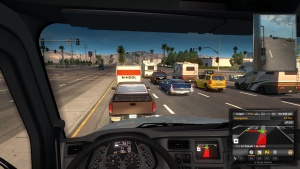