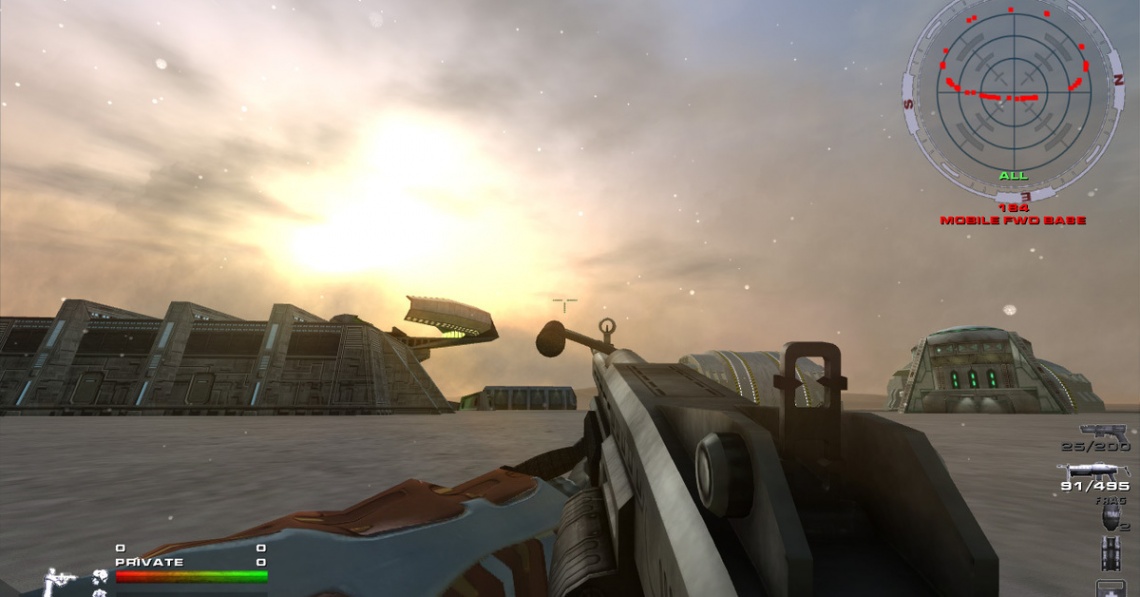 action
fps
shooter
simulation
Release: 2009
A critical planetside tactical strike mission gone horribly wrong.
Shot down. Stranded. Lost. Left for dead.
The only way off this rock is through a very powerful enemy.
What else could possibly go wrong?

The Terrans have been at war with the Gammulan race for years. In an attempt to change the tide of war and take the battle to the enemy, Galactic Command, the Terran military body, launched an all out attack on the Gammulan homeworlds.

Deployed in a distant hostile territory on the other side of the known galaxy, GALCOM forces were met with repeated defeat and unprecedented losses. GALCOM deployed another fleet along with a decoy, the GCV-Excalibur, carrying a devastating orbit to surface weapon. The R.A.N.D.O.M (Random Access Nuclear Destruction of Obsolete Matter) weapon, otherwise known as the “planet killer”. A weapon which had only been used once before.

After an intense battle, a badly damaged GCV-Excalibur managed to slip through the Gammulan defenses and attempted to land on the nearby Gammulan planet of LV-115. Engaged by undetected planet based Surface To Orbit weaponry, the all but destroyed craft crash landed on the hostile planet. But not before deploying the devastating weapon.

Badly damaged, ninety percent crew loss and with the R.A.N.D.O.M weapon deployed and ticking, the intense planetside battles that ensue tell the story of a surviving group of four combat veterans stuck on a hostile planet, believed dead, hunted by the enemy and in a race against time to either locate and disarm the weapon or get off the planet before it detonates. Problem is, the only way off the planet is through an overwhelming enemy force.

This is the planetside campaign that complements the events that take place in the Angle Of Attack game.

Massive. Open World. Mayhem.
Six unique playable character classes with various strengths, weaknesses and restrictions.
Over twenty-four first person weapons of varying types which range from pistols and sniper rifles to machine guns, rocket launchers and various grenades.
Various advanced first person inventory items such as cloaking devices, shield enhancements, sensor jammers etc as well as various deployable assets such as gun and rocket turrets.
Ability to build various in game units such as vehicles, fighters etc based on Experience Points, rank and other factors.
Over thirty playable units including vehicles, gunships, fighters, shuttles, naval units etc. All units are class based. e.g. marines cannot fly gunships or fighters; pilots do not have access to advanced weaponry, some marines have jetpacks etc. All units supported in multiplayer with multiuse positions (e.g. driver, gunner, passengers).
Gamers are free to play any aspect based on their strengths. Not a first/third person shooter fan and prefer the exhilaration of aerial combat? Then take on various aerial sorties including escort, SAD, SEAD and CAP missions while supporting ground troops. Not an air combat jock but prefer the immediate threatening presence of hand-held weapons of mass destruction? Then you’ll feel right at home with various weapons and toys including jetpacks, target laser designators (so your air combat friends can easily id targets) etc.
Full squad command of NPC team members with an intuitive orders interface system.
Engaging campaign storyline and several instant action missions
32 player support and five multiplayer modes including PVP deathmatch and team deathmatch as well as four player co-op against aggressive Gammulan aircrafts. Host and join a game using a single instance or host a dedicated console multiplayer server and invite your friends.
Supports GSC game lobby and voice chat. More information is available at http://getgsc.com/ 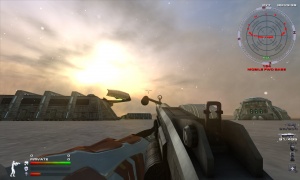 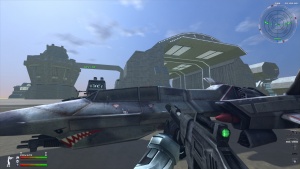