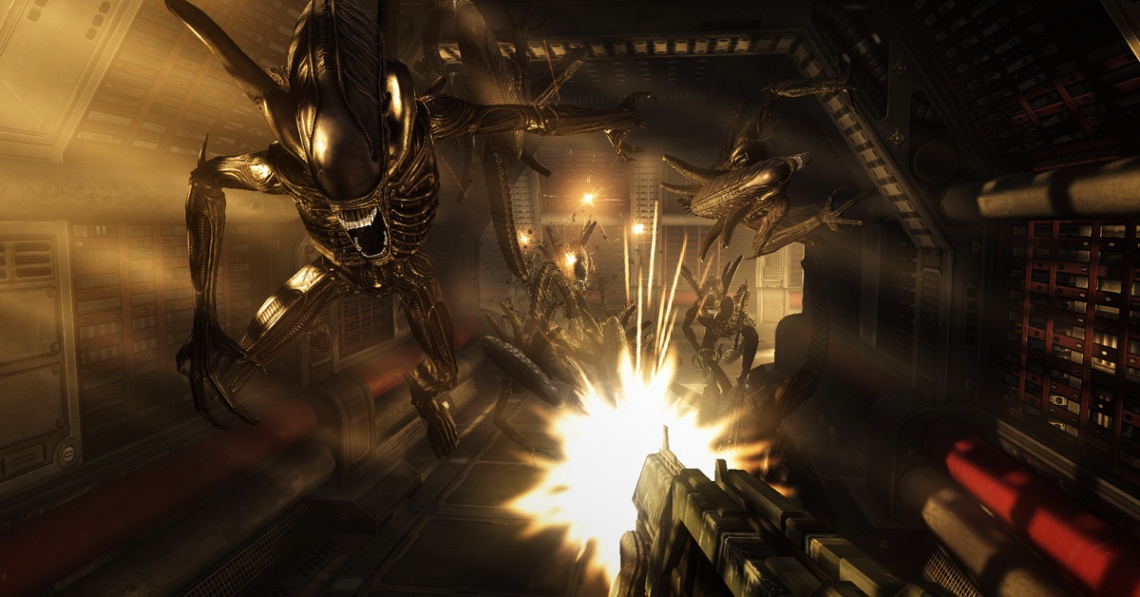 action
adventure
aliens
fps
horror
hunting
multiplayer
sci-fi
shooter
single player
strategy
survival
Release: 2010
There are three campaigns in the game, one for each race/faction (the Predators, the Aliens and the Colonial Marines), that, while separate in terms of individual plot and gameplay, form one overarching storyline.
Following the storyline of the campaign modes comes the multiplayer aspect of the game. In this Multiplayer section of the game, players face off in various game types in various ways.[4]
Predators[edit]
As in the films, the Predator prefers to stalk its prey from the safety of treetops and the gameplay reflects this, the player leaping from branch to branch automatically with the help of a "focus jumping" game mechanic. The Predator has different vision modes, the most recognizable from the films being a thermal imaging scanner, but the player also has different vision modes for spotting Aliens (only accessible from a special mask the player picks up in-game) and viewing the world normally. For example, the Heat Vision mode allows the player to see marines very clearly, while it renders Aliens nearly invisible; the Alien vision works in reverse, making aliens appear clearly and marines nearly invisible. Regular vision allows one to see the environment and other predators better than the former two visions, making battles between two or all three species a tactical juggle to prioritize enemies based on their threat to the player.[4]
The Predator’s gameplay is more based on stealth and tactics than the average first-person shooter. The player has to be aware of Aliens, which have the ability to see through a Predator's cloaking device, that may climb up a tree and attack from below as well as taking care not to reveal themselves to marines too early as the marines’ weaponry and numbers are more than a match for the Predator. For long-range weaponry, the Predator can use a shoulder-mounted plasma cannon in addition to a glaive-like disc and a combi stick (or throwing spear). For close-range combat, the Predator has four retractable wristblades on its arms.[4]
The wristblades allow for the Predator to perform a "trophy kill," a nod to the movies in which the Predators take trophies, usually skulls, from their defeated enemies to show their prowess in the hunt. OXM labeled the trophy kill mechanic as "spectacularly violent" and it has been partially censored to avoid an Adults Only rating in the United States as it was "several measures more graphic" than any other recent games. There are several animations, one of which is a "terrified" marine dragged into the center of the screen by his or her throat, which the Predator then snaps effortlessly with the accompanying sound of "someone biting into raw celery". The neck broken, the Predator decapitates the marine, a "sizeable portion" of the spinal cord following. Even after this, the marine is still alive for a short period of time, "gasping his last, with nothing but bloodied, glistening Vertebral column beneath his chin."[4]

A screenshot showing a player being attacked by a group of Aliens
Jason Kingsley, the CEO of Rebellion, defended the brutality of the trophy-kill system, stating "This is obviously a game based on adult-rated movies, and we want to make sure it’s very clearly an adult-rated game. It's an issue for me; some computer games are for kids– we're not making a computer game here for anyone other than adults. That's very clear and within that context, I think the violence is part of the character and the world– so we're talking about a fantasy world here and fantasy creatures and we're talking about trying to build up a mythos. I remember the first time I saw it, one of the particular Predator kills, everyone went 'Oooh'. But it's what the Predator does in the movies."[4]
The Predator campaign explains how their species considers the war tactics of the human Marines juvenile. A quote from the intro states: "We are old, my brother. Our race is few and scattered. Our ancestry lost to myth. The humans are still children, creatures of desire and hubris, with no comprehension of the long hunt. Still, they make good sport. They have discovered a trophy long locked away. They must not be allowed to find the crucible that spawned our most respected prey. If they succeed, all life will succumb to the crawling dark...".
Aliens[edit]
Aliens fight in close-quarters with their claws and tails, getting as close as possible to their prey as quickly as possible. Aliens have the ability to climb walls and jump from distances without much effort, and can blend in with shadows, using darkness to their advantage. Within limited ranges, aliens can seek out prey through walls. These senses also allow Aliens to clearly observe cloaked Predators. In the single player campaign, players will have the opportunity to harvest "hosts". By pinning the host, nearby facehuggers are able to locate and latch on to them, thereby propagating the Hive. Throughout the game, the player also has the opportunity to perform "stealth kills".
Colonial Marines[edit]
The Colonial Marine campaign is far closer to that of a standard first-person shooter. Marines carry a wide arsenal including pulse rifles, flamethrowers, and auto-tracking Smartguns. To help navigate the surroundings, marines are equipped with shoulder-mounted lamps, surveying flares to briefly illuminate darkened areas, and motion trackers, capable of providing info on hostile positioning as they move.

This article uses material from the Wikipedia article Aliens vs. Predator (2010 video game), https://en.wikipedia.org/wiki/Aliens_vs._Predator_(2010_video_game), which is released under the Creative Commons Attribution-Share-Alike License 3.0, https://creativecommons.org/licenses/by-sa/3.0/.
Read Full Description
Get This Game 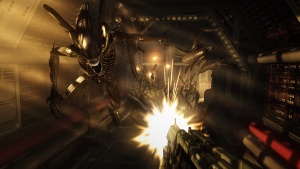 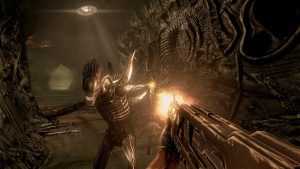