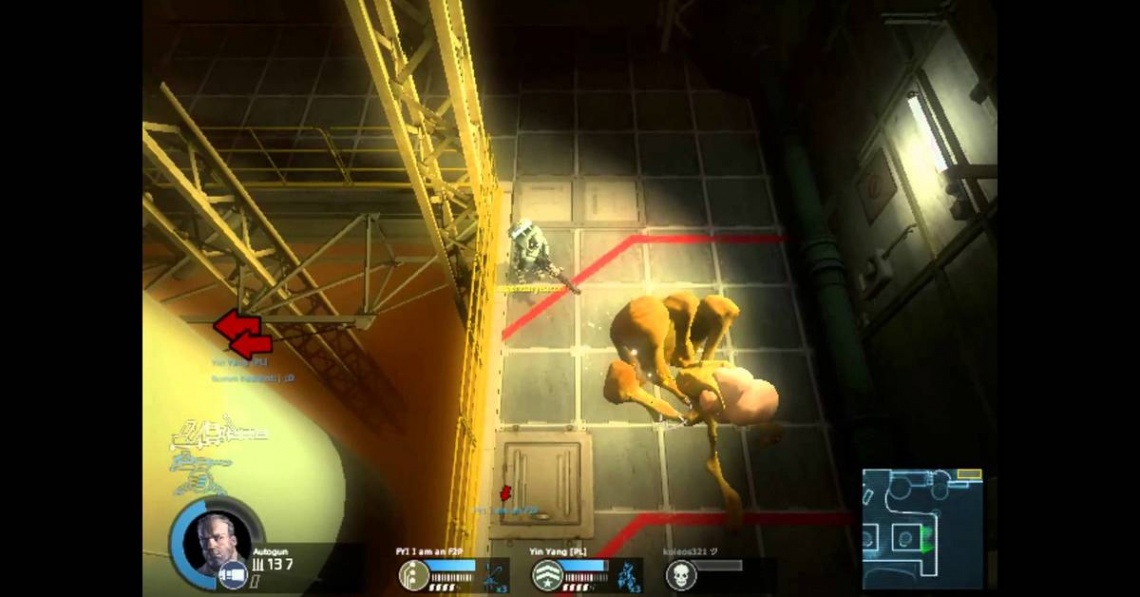 action
aliens
Release: 2010
Alien Swarm is a top-down shooter set at a 60-degree angle. Four players can join a single co-operative game, the aim of which is to progress through science fiction-themed levels while eliminating waves of aliens. Players can choose from 40 different pieces of equipment, ranging from weapons like assault rifles to grenade launchers and offhand items like mines and healing beacons. The game includes persistent statistics, unlockable equipment, and achievements.[1]
Classes[edit]
The game is class-based, with players choosing from the roles of Officer, Special Weapons, Medic, and Tech. Each class has two selectable characters, with differences in abilities.
Officer
Grants a passive bonus to damage and damage resistance to nearby allies. He has access to the Vindicator, a class-restricted shotgun with an incendiary grenade launcher and has general all-around abilities. They are also capable of throwing extra amounts of explosive ordnance, and may find class-restricted ammo caches in the field for his Vindicator shotgun. The two playable characters are Sarge and Jaeger.
Special Weapons
Brings raw damage to the table and starts out with a customized autogun with superior parameters, high magazine capacity, and auto-aiming ability. The Special Weapons gains access to a powerful minigun at a high enough level, and can pick up class-restricted ammo caches on the field. The two playable characters are Wildcat and Wolfe. Special weapons perks are often oriented towards pure damage output, with buffs like extra damage, piercing bullets, and faster reload.
Medic
Is the only class able to equip and deploy temporary healing beacons, and at a high enough level can use a medigun to selectively heal teammates and themselves. Both healing items counter parasitic infestations. The two playable characters are Faith and Bastille.
Tech
Carries a motion sensor, sets up sentry guns faster, welds doors faster, and is the only class capable of unlocking certain door panels or completing certain objectives by means of a hacking minigame. They also have access to a prototype assault rifle with auto-aiming capabilities and the ability to fire stun grenades. The two playable characters are Crash and Vegas.
Missions[edit]
Before the mission, players can change their character's loadouts and offhand items. They can also view both the mission information and the other players' loadouts. In single player, the player can modify all of their characters' loadouts. The mission involves all four players advancing in the same general direction, often with multiple objectives to accomplish. As they advance through the level, they will move through many different rooms and pass many different obstacles, from poison gas to reinforced doors. These obstacles are cleared through a variety of methods, from welding to shooting to hacking. Meanwhile, many aliens (known as Swarm) will attack the players from all sides. Swarm can spawn unpredictably, and will often attack the players with mobs of enemies, as described by their name. There are many different types of Swarm, with different behaviors and attack patterns. Players can fight Swarm using many tools, including weapons, explosives, or using environmental hazards (i.e. explosive barrels).
Players have four slots: a character slot (determining abilities, perks, and class-specific weapons), two weapons slots, and an offhand item slot. The character slot allows the player to choose between one of the eight characters, who each have certain buffs (i.e. extra damage, faster reload, etc.) and class-specific weapons and items (shotguns, autoguns, ammo crates, etc.). Players can equip two weapons in the weapon slots, as well as certain items or utilities. Offhand items (such as explosives, flares, and medkits) can be equipped in the offhand slot.
Read Full Description
Get This Game 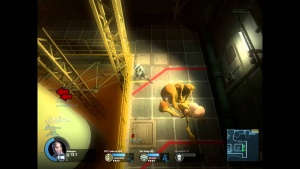 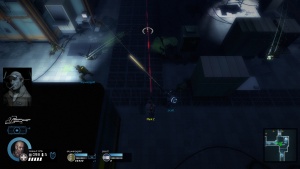