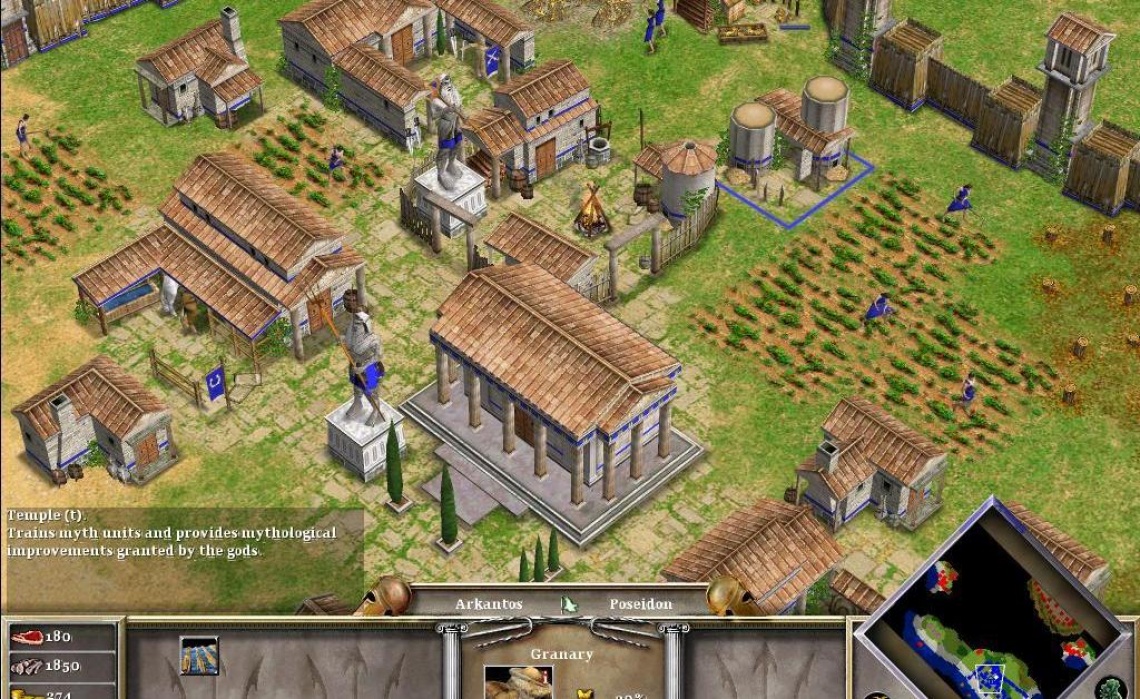 rts
Release: 2002
Like many other real-time strategy games, Age of Mythology is based on defeating enemy units and towns, building your own units and towns, training villagers and fighters. In this way, players are able to defeat and conquer rival towns and civilizations. Players advance their tribe through four "Ages": starting in the Archaic Age, the player may upgrade to the Classical Age, the Heroic Age, and finally, the Mythic Age. Each upgrade to a higher Age unlocks new units and technologies for the player, which strengthens their settlement. However, upgrading requires a sum of resources to be paid and a certain prerequisite building to be constructed.
There are three playable cultures in Age of Mythology: the Greeks, Egyptians, and Norse. Each culture has three "major gods"—important deities such as Zeus or Odin. The player chooses their major god before the game begins. Every time a player advances to the next age, a "minor god" is selected. Minor gods are slightly less significant historically than their major counterparts. Some minor gods include Bast and Aphrodite.[8] All gods grant the player unique technologies, myth units, and a unique "god power"—A one-time special ability that can either damage an opponent, or benefit the player that uses it.
There are four major resources in Age of Mythology: food, wood, gold, and favor; unlike previous games by Ensemble Studios, this game does not include the stone resource. Resources can be used to train units, construct buildings, and research technologies, among other things. Civilian units—namely, the Greek villagers, Norse gatherers and dwarfs, the Egyptian laborers, and fishing boats—are used to gather resources. Hunting animals, gathering berries, harvesting livestock, farming, and fishing are all methods by which food can be gathered. Wood is gathered only by chopping down trees, and gold is gathered from either gold mines or from trade. Players can purchase upgrades that increase the rate of gathering these resources. Favor is acquired in different ways by different cultures: Greek players gain it by having villagers pray at temples; Egyptian players earn it by building monuments; and Norse players receive it by fighting/hunting animals or by possessing heroes. Resources can be exchanged at a player's market, with the exception of favor. 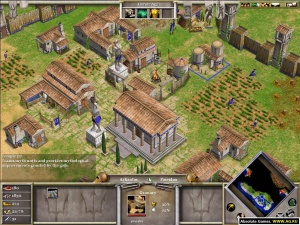 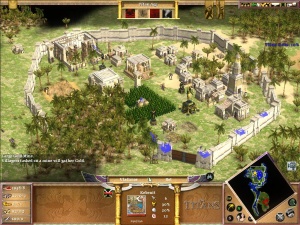