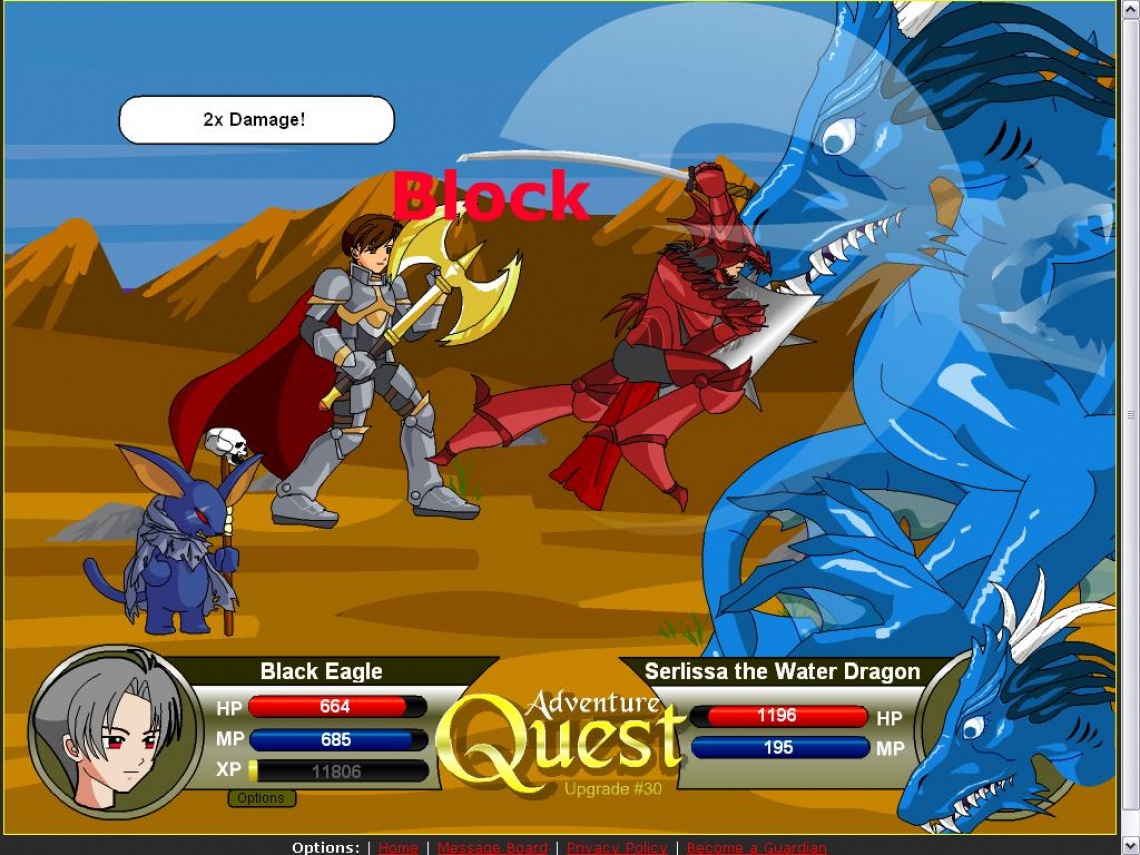 mmorpg
Release: 2002
AdventureQuest is a single-player RPG, although character data is stored on AE servers. The gameplay is similar to that of traditional RPGs in that it revolves around fighting monsters in a turn-based system. As players defeat monsters, they gain experience points, gold, and occasionally "Z-Tokens", a secondary currency that can also be bought with real-world money. There are also special items or sets called Mastercrafts (MC for short), which are 5% stronger than normal items but cost 10% more gold/tokens.

Skill points, like mana, are used for certain class abilities. They are also used for some armor skills, as an upkeep cost for most misc items, and the usage of potions. Skill points are required to flee from battle; the higher the monster's level, the more SP is needed.

AdventureQuest has an alignment system similar to that of Dungeons & Dragons, which includes selection between Good and Evil as well as Unity and Chaos. Actions taken in game affect the player's alignment, and give the player a selection of custom rewards and access to in-game events. The game also includes equipment that will bestow special effects depending on the player's alignment.

as a weapon, shield, or armor), use other miscellaneous items, cast a spell, perform a skill (if players are equipped with an item that has a skill), call a pet/guest, or flee from the battle (if the player has enough skill points). Both characters and monsters have elemental and weapon-based resistances and weaknesses. Elements include fire, ice, water, energy, earth, wind, light, and darkness. There are three categories of attacks, and each weapon, spell, or skill belongs to a category: melee, ranged, or magic. There are six trainable stats (Strength, Dexterity, Intellect, Endurance, Charisma, and Luck). Strength/STR affects the amount of damage inflicted and taken if a melee/ranged attack is being used, as well as accuracy for melee attacks, Dexterity/DEX affects the amount of damage done or taken if a ranged attack is being used (but affects ranged damage less than STR does and it also increases dodge ability as well as accuracy). Intellect affects magic damage (and increases mana points) while also increasing the accuracy of magic weapons/skills and spells, endurance increases hit points, charisma affects damage being done by pets and guests, as well as their accuracy, and luck gives players small bonuses to accuracy and dodge chance for all attacks (it also increases the player's chance of attacking first in battle, and lets them perform a Lucky Strike 10% of the time if they have LUK, which boosts their damage). A battle ends once the enemy's HP drops to zero or if the player's HP drops to zero.

Like most other RPGs, AdventureQuest has special releases or events as well as a limited time shop based on real-life holidays. Holidays include: Snugglefest (Valentine's Day), the Blarney War (St. Patrick's Day), April Fools, Mogloween (Halloween), and Frostval (Christmas). Adventure Quest also includes anniversary events such as The Dragon of Time, Curse of the Phantom Pixel, and Rise of the Shadow Council. 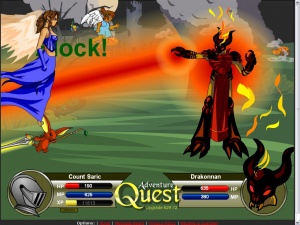 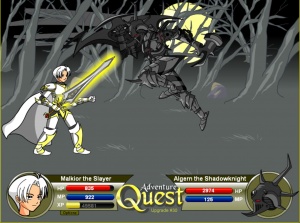 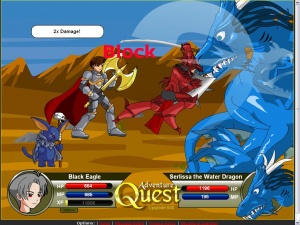