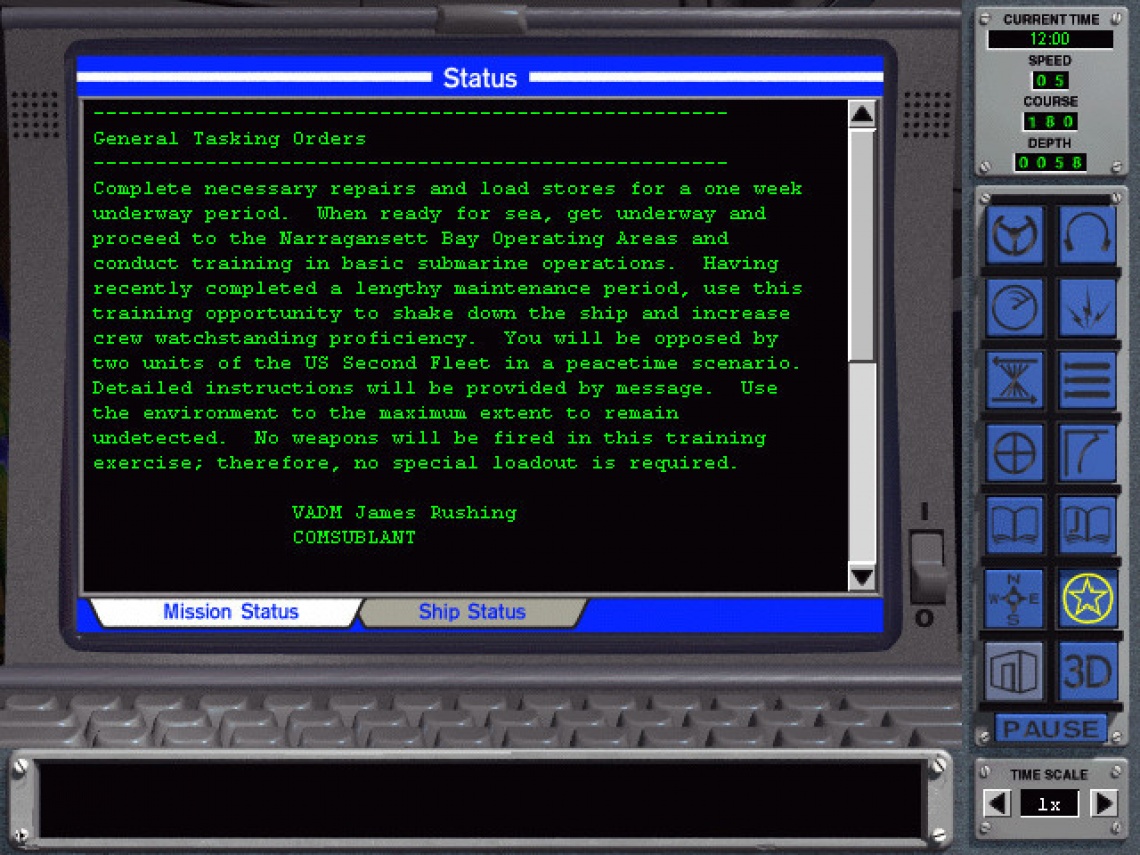 simulation
strategy
Release: 1997
Jane's 688(i) Hunter/Killer is a 1997 submarine simulator video game, developed by Sonalysts Inc. and published by Electronic Arts and more recently by Strategy First for Windows 95 compatible operating systems. It is named after the 688 (Improved) Los Angeles class of United States (SSN) submarine, and was a successor to the earlier game 688 Attack Sub.[2][3] It is currently available on Valve's Steam content delivery service[4] as well as DotEmu.[5]


This article uses material from the Wikipedia article 688(I) Hunter/Killer, https://en.wikipedia.org/wiki/688(I)_Hunter/Killer, which is released under the Creative Commons Attribution-Share-Alike License 3.0, https://creativecommons.org/licenses/by-sa/3.0/.
Read Full Description
Save & Play Game Later
Images & Video 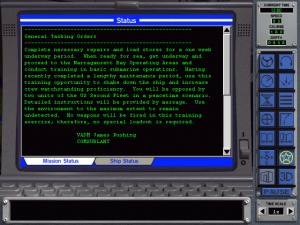 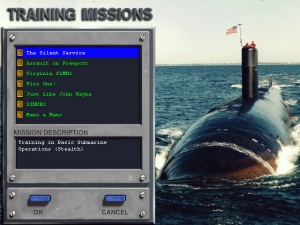